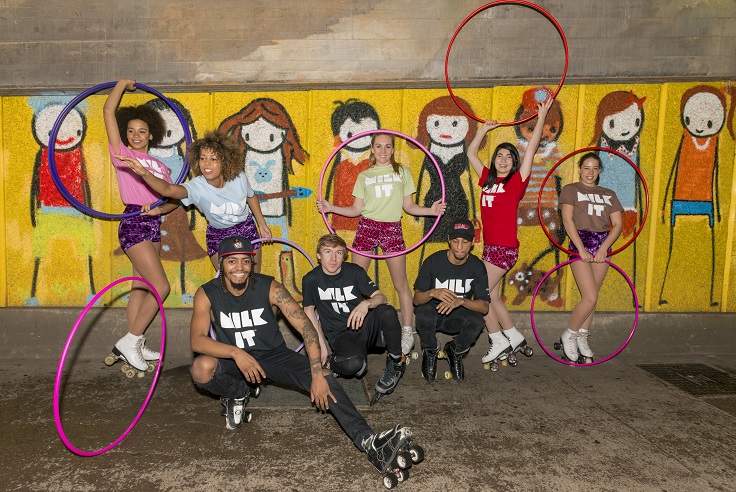 Move It! Shake It! Milk It!

The Dairy Council’s Milk It campaign, which promotes the benefits of drinking milk and being active to teenagers, launches a new video across social media this month.

Move It! Shake It! Milk It! features the new trend of ‘Rollerhooping’ – a hybrid of hula hooping and rollerskating that is fast becoming popular amongst  teenage girls. It features the UK’s premier female rollerhooping collective Marawa’s Majorettes and was filmed at Bump Rollerdisco in London.

The Dairy Council’s Communities and Content Manager, Gary Cosby said: “Milk is the drink your mum always said was good for you, and in fact is! The new video features an inspirational female cast and the boys from Bump, which will appeal to both girls and boys alike.

“All the young cast of the video drink milk and were enthusiastic about lending their talents to remind other teenagers that milk ‘may be old skool, but it still works’. We’ll be rolling the video out across our social media channels this month, promoting it with competitions and physical activity related prizes”

Watch the video below!