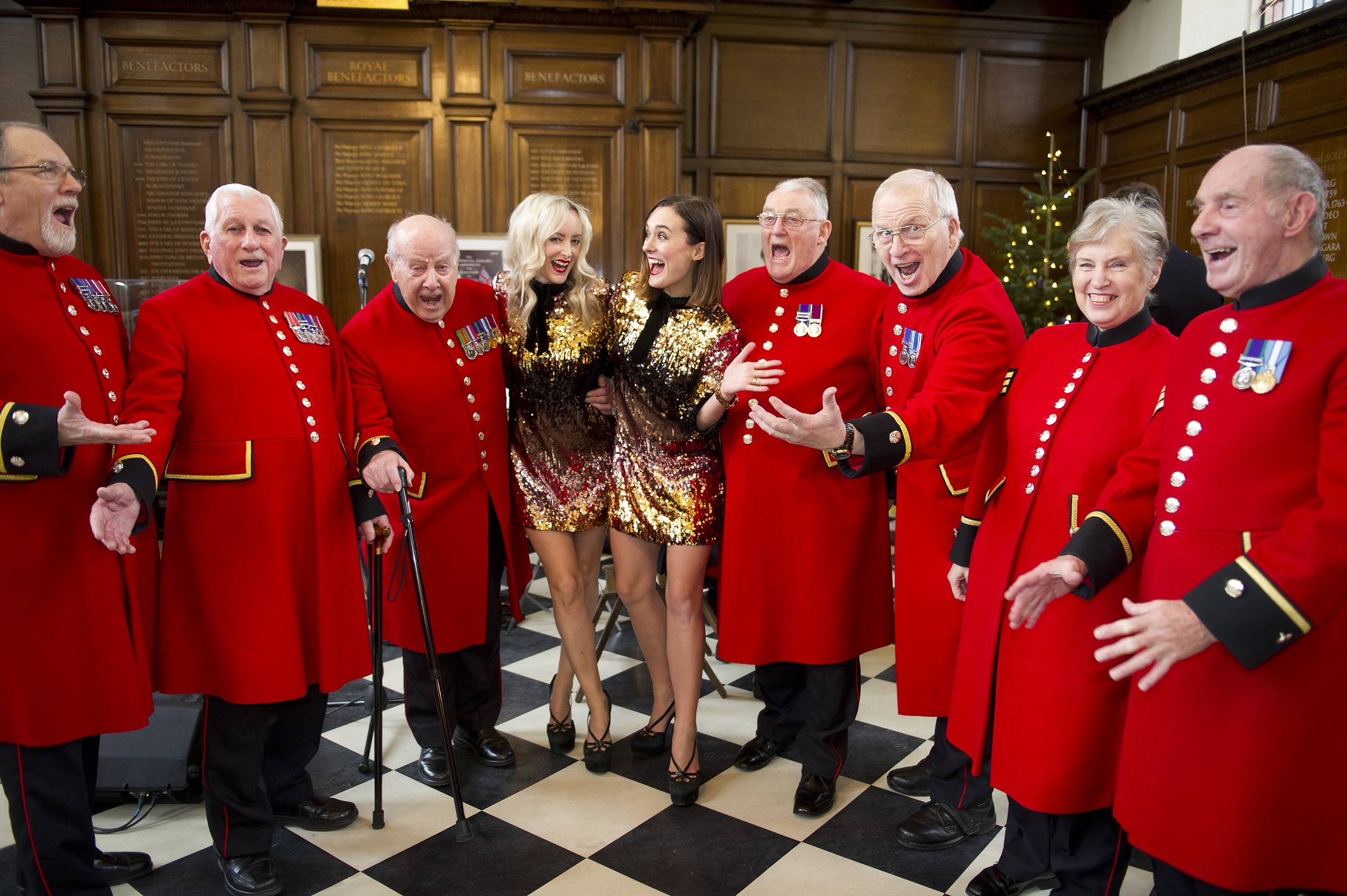 The Royal Hospital Chelsea echoed to the sounds of Christmas today as the nation’s favourite veterans began their annual festive celebrations.

The Chelsea Pensioners joined in a ceremonial celebration of British cheese as cheesemakers from around the UK donated enough cheese to the hospital to feed a small army.

Vintage era singers Verity and Violet helped the pensioners get in the festive spirit with renditions of Have Yourself a Merry Little Christmas and Santa Claus is Coming to Town.

Cheese has been a favourite among British soldiers serving on the front line for centuries. The Chelsea Pensioners today consider the Ceremony of Christmas Cheeses the start of their Yuletide celebrations.

British cheesemakers donated an impressive 514lbs worth of the finest quality cheeses from around the UK including cheddar, stilton, brie and red Leicester. This year, the ceremonial cheese was a giant 53lbs of Montgomery Cheddar, donated by J A E Montgomery Ltd, which was cut by In-Pensioner Leo Tighe, aged 74.

Leo joined the Army in 1959 and served in the Irish Guards for 25 years, reaching the rank of Warrant Officer Class 2. During his service, he was deployed to East Africa, Hong Kong, Germany, Belize and the Middle East. Following outstanding service in Jordan, he was honoured to be awarded the British Empire Medal.

He became a Chelsea Pensioner in January 2016 and along with his colleagues feels deeply privileged to represent the Royal Hospital throughout London and overseas.

He said: “It is a great honour to take part in this wonderful ceremony, especially as it involves one of my favourite foods. I am extremely proud to be representing my fellow In-Pensioners here at the Royal Hospital today. We cannot thank the cheesemakers enough for their generous contributions. Every year we look forward to receiving this delicious Christmas gift”

Ash Amirahmadi, chairman of The Dairy Council, said: “Cheesemakers across the UK have a great tradition of paying tribute to the courage and contribution made by our war veterans, and this year they certainly didn’t disappoint.

“Cheese is a food of the forces. It has been included in soldiers’ rations for centuries and that says it all – from its nutritional value to its much-loved taste, we have a great British product. Good food and song go well together, and Verity and Violet did a wonderful job in spreading some festive cheer to our favourite veterans today.”